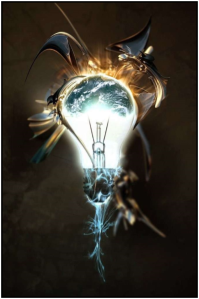 It begins with an impure thought, followed by desire. Then one’s desire becomes lust, which brings forth the act of disobedience, and disobedience is sin. Sin separates us from God, and separation leads to more sin which in the end leads to the burning fires of hell where there is weeping and gnashing of teeth.  But we are all as an unclean thing, and all our righteousness’s are as filthy rags; and we all do fade as a leaf; and our iniquities, like the wind, have taken us away. Isaiah 64:6 KJV  Sin is a very intoxicating drink and it blinds us from the truth. At first glace it appears harmless, attractive. Everyone around us is doing things that is contrary to God’s law. Why isn’t it okay?

The devil is doing a very good job selling sin these days. Prior to social media such as television, radio, and the internet, things moved at a much slower pace. News traveled by word of mouth, and it could take months before you  heard what was going on in the world. Satan uses propaganda to spread the lies of lust. Remember he is the father of all lies, and he created the mess we are in today.  Sins today are even greater than during the times of Noah. God hated the condition of man so much He wished He had never created us. He destroyed the earth with a flood killing everyone except eight people. Now that sounds like a pretty drastic measure, but man had once again gone astray and God’s judgment of fire is coming.

It is important to understand that we are a very special breed of human beings. Some type of humanoid has been on this earth for some 200,000 years. We have only been here for 6,000 years. When God created us there were other humanoid beings here on earth that we interbred with. In Genesis 4:13 KJV,  After Cain killed Abel he became, “a vagrant and a wanderer on the earth, 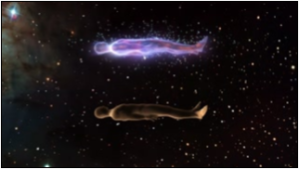 and whoever finds him will kill him.” In Genesis 4:17 KJV, “And Cain knew his wife; and she conceived, and bare Enoch.” These are some of the other people who were already on earth. It’s interesting that Cain was a murderer and Enoch his son went straight to heaven without dying. The Bible says, “he walked with God.” The difference between the people already here on earth and us is we are a spirit being residing in a human body. The last of the non – spirit filled beings died in the flood. However we learn that later on other beings were placed here by Satan right among us.  But while men slept, his enemy came and sowed tares among the wheat, and went his way. Matthew 13:25 KJV  There is no way to tell us apart until we mature. The wheat are those who turn to Christ, and the tares are those who chose the path of the world.  We grow side by side until the time of the harvest. So God decided, “Let both grow together until the harvest: and in the time of harvest I will say to the reapers, Gather ye together first the tares, and bind them in bundles to burn them: but gather the wheat into my barn.” Matthew 13:30 KJV  As therefore the tares are gathered and burned in the fire; so shall it be in the end of this world. Matthew 13:40 KJV  The sad part of the entire equation is so much of the wheat, or Christians, are going the way of the tares. It has gotten to the point you can not tell a believer from a non – believer. Many of us are making very bad decisions and the consequences of this behavior is eternal death.

His disciples came to him and said, “Explain to us the parable of the weeds in the field.” He answered, “The one who sowed the good seed is the Son of Man. The field is the world, and the good seed stands for the people of the kingdom. The weeds are the people of the evil one,  and the enemy who sows them is the devil. The harvest is the end of the age, and the harvesters are angels.

“As the weeds are pulled up and burned in the fire, so it will be at the end of the age.  The Son of Man will send out his angels, and they will weed out of his kingdom everything that causes sin and all who do evil. They will throw them into the blazing furnace, where there will be weeping and gnashing of teeth.  Then the righteous will shine like the sun in the kingdom of their Father. Whoever has ears, let them hear. Matthew 13:37-43 NIV

“As a man thinks, so is he.” Proverbs 23:7 KJV  We are what we think. What goes in the ears and eyes is the very make up of our being. When we allow evil in our hearts and mind we serve Satan’s purpose, not God’s. We have several thousand thoughts per day, and it is a monumental task to weed out the good from the bad. Only the power of the Holy Spirit is capable of such an undertaking. Man in his present condition is not capable of any such thing. Therefore, God tells us to listen and remember the things we are told through the Word of God lest we should drift away.  How could we possibly survive life on earth if every transgression and disobedience received a just reward. How shall we possibly escape the plight of sin if we neglect the opportunity for salvation by grace through faith. It is very important that we  “Put to death, therefore, whatever belongs to your earthly nature: sexual immorality, impurity, lust, evil desires and greed, which is idolatry.  Because of these, the wrath of God is coming.” Colossians 3:5-6 NIV 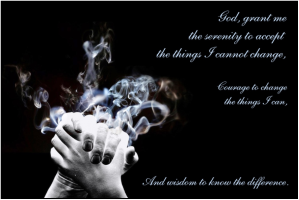 The weapons we fight with are not the weapons of the world. On the contrary, they have divine power to demolish strongholds.  We demolish arguments and every pretension that sets itself up against the knowledge of God, and we take captive every thought to make it obedient to Christ. 2 Corinthians 10:4-5 NIV   The most powerful weapon of all is prayer. We have the ability through prayer to direct the lives of others through Christ. With our obedience we can attack a person’s problems from above. We can  pray regarding their resistance to become model Christians. Through prayer God will give eternal life to those who still commit sin. Not all of us are able to understand the Word of God and be obedient to our Lord. Those of us who struggle are in great need of prayer warriors on our behalf. The second most powerful weapon we have is love. We are instructed to love always, because love conquers all. When we start treating people the way we want to be treated, attitudes change. When we set an example of love for others to follow, behaviors change. When we walk according to the word of God, people’s characters change.

When we develop a personal relationship  with Jesus Christ through daily Bible study and prayer we grow in faith. Strong Christians lead others to Christ. Notice that when Jesus was confronted by Satan, He responded to Satan’s accusations with Scripture. He armed Himself with His Word. We need to do the same thing. “But It is written, ‘Man shall not live by bread alone, but by every word that proceeds from the mouth of God.” Matthew 4:4 NKJV  If we study our Bibles every day the Word of God and the power of the Holy Spirit will work mightily within us. There are some very powerful scriptures that should encourage our obedience. In Matthew Jesus tells us if we lust after another person’s flesh it would be better for us to gouge out our eye than for our entire body to go to hell.  If a man struggles with anger the Bible tells us to be swift to hear, and slow to speak, for the wrath of man does not produce the righteousness of God. These words are weapons to combat disobedience.

God’s Word is our powerful weapon against disobedience.

This site uses Akismet to reduce spam. Learn how your comment data is processed.

Is by the grace of God through faith that Jesus Christ was crucified, buried and resurrected from the dead according to the scriptures , it is a gift from God.

Congratulations, you are now a son or daughter of God. You are co – inheritors with Jesus Christ  of all creation. We do not know what we will be, but when we see Jesus we will be like Him.

1.) Encourage one another. Build up each other. We should be a team working together.

2.) Appreciate the workers who have charge over you. Respect those who teach you.

3.) Live in peace with one another.

4.) Stay away from unruly behavior.

5.) Encourage those not confident in themselves.  Help the weak. Be patient with everyone.

6.) See that no one repays evil for evil, but always seek after that which is good for one another and for all people.

7.) Rejoice in the Lord always.

9.) In everything give thanks; for this is God’s will in Christ Jesus.

10.) Do not grieve the Holy Spirit of God, by Whom you were sealed for the day of redemption.

11.) Do not despise Sunday School and Church, pay attention and involve yourself with learning lessons God has prepared for you.

12.) Examine everything you are told very carefully. Hold on tight to what is good.

13.) Stay away from every form of evil. Do not participate in what you know is wrong because it separates you from God.

14.) Now may the God of peace separate you entirely from evil doers and may your spirit, soul and body be preserved complete, without blame at the coming of our Lord Jesus Christ.