The end of this era is coming. This particular time in history is coming to a close. We have been 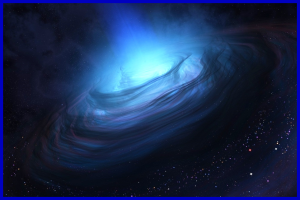 living in the dispensation of the church, and in the year 2033 this epoch will have lasted for two thousand years.  To God a day is a thousand years, and a thousand years is a day. We have almost completed the first 6 days or six thousand years. We will soon be entering into the last day, or the day of rest which will begin the millennial kingdom. During this thousand year period Satan will be bound  in chains, and Christ will rule from the throne of David.  Most assuredly, I say to you, the hour is coming, and now is, when the dead will hear the voice of the Son of God; and those who hear will live. John 5:25 NKJV  The hour of which Christ spoke has already begun. It has lasted for almost two thousand years and will continue until the church is complete, when all believers will be caught up to meet the Lord in the air. We don’t know when this event will take place, but we know the hour is getting close. The time is at hand, and today is the day of salvation.

There are two resurrections in our future. The first I briefly described as the rapture of the church, and the second will occur a thousand years later when the wicked dead will be raised. Do not marvel at this; for the hour is coming in which all who are in the graves will hear His voice and come forth – those who have done good, to the resurrection of life, and those who have done evil, to the resurrection of condemnation. John 5:28-29 NKJV  During the rapture the dead, and the living in Christ shall be raised. Those who were killed for their testimony during the tribulation period who refused the mark of the beast will be included in the first resurrection. They will remain under the altar until the end of the tribulation period. But the rest of the dead did not live again until the thousand years were finished. This is the first resurrection.  Blessed and holy is he who has part in the first resurrection. Over such the second death has no power, but they shall be priests of God and of Christ, and shall reign with Him a thousand years. Revelation 20:5-6 NKJV 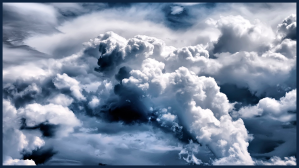 We who are raptured into the air will appear before the judgement seat of Christ. We will account for the things we did while we were in our earthly body.  Whether good or bad, we will either be able to keep the reward we earned here on earth, or we will lose our reward.  Our salvation will stay intact, because once we believe that Jesus Christ is the Son of God we are saved through all eternity.  When we serve Christ here on earth we receive reward. Jesus says, that even a glass of water to a thirsty stranger will be rewarded.  After the judgement seat of Christ we will be invited to the marriage supper of the Lamb. This is where the church (the bride) and Jesus Chris (the bride groom) will be united as one family of God. We will dwell in the house of the Lord forever.

After the thousand year reign of Christ during the millennial kingdom the resurrection of the wicked will occur.  Then I saw a great white throne and Him who sat on it, from whose face the earth and the heaven fled away. And there was found no place for them.  And I saw the dead, small and great, standing before God, and books were opened. And another book was opened, which is the Book of Life. And the dead were judged according to their works, by the things which were written in the books.  Revelation 20:11-12 NKJV  The sea gave up her dead, hell gave up her dead, and all were judged according to their works  because they refused to believe that Jesus Christ is the Son of God. All those who were found unworthy were cast into the lake of fire. This is the second death, and anyone not found written in the Book of Life was cast into the lake of Fire. 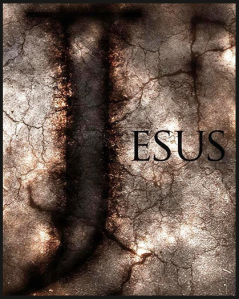 through daily Bible study and prayer.  There is only one reason you were put on this earth, and that is to answer the question, “What do you think of Christ?” Please be very careful with your answer because where you spend all of eternity depends on it. I urge you with great abandonment to consider His testimony while you still can. Please study His words in the gospels with great attentiveness because burning in hell throughout all of eternity is not much of a life. I can assure you that,  “God has highly exalted Him and given Him the name which is above every name,  at the name of Jesus every knee should bow, of those in heaven, and of those on earth, and of those under the earth, and that every tongue should confess that JESUS CHRIST IS LORD, to the glory of God the Father.” Philippians 2:9-11 NKJV

This site uses Akismet to reduce spam. Learn how your comment data is processed.

Is by the grace of God through faith that Jesus Christ was crucified, buried and resurrected from the dead according to the scriptures , it is a gift from God.

Congratulations, you are now a son or daughter of God. You are co – inheritors with Jesus Christ  of all creation. We do not know what we will be, but when we see Jesus we will be like Him.

1.) Encourage one another. Build up each other. We should be a team working together.

2.) Appreciate the workers who have charge over you. Respect those who teach you.

3.) Live in peace with one another.

4.) Stay away from unruly behavior.

5.) Encourage those not confident in themselves.  Help the weak. Be patient with everyone.

6.) See that no one repays evil for evil, but always seek after that which is good for one another and for all people.

7.) Rejoice in the Lord always.

9.) In everything give thanks; for this is God’s will in Christ Jesus.

10.) Do not grieve the Holy Spirit of God, by Whom you were sealed for the day of redemption.

11.) Do not despise Sunday School and Church, pay attention and involve yourself with learning lessons God has prepared for you.

12.) Examine everything you are told very carefully. Hold on tight to what is good.

13.) Stay away from every form of evil. Do not participate in what you know is wrong because it separates you from God.

14.) Now may the God of peace separate you entirely from evil doers and may your spirit, soul and body be preserved complete, without blame at the coming of our Lord Jesus Christ.